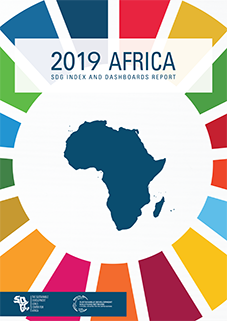 The 2019 Africa SDG Index and Dashboards Report is a call for action not only to meet the SDGs but also to ensure timely and high-quality data on SDG indicators. The report focuses on the efforts that African governments are taking to incorporate the SDGs into their national strategies, budgets, public engagements, and coordination among branches of government.

The interactive dashboard provides a visual representation of countries’ performance by SDGs to identify priorities for action.

The 2019 SDG Index and Dashboards Report provides an assessment not just of where African countries stand with respect to the SDGs and their progress toward the goals, but also how African governments are implementing strategies for achieving them. The key findings of both of these assessments are summarized below.

In terms of the current status and trends toward achieving the SDGs in Africa, this year’s analysis presents a comprehensive and comparable monitoring framework at the continental, subregional, and national levels. An additional new feature in this report is an analysis and grouping of countries according to their performance on each of the SDGs. Some key findings include: